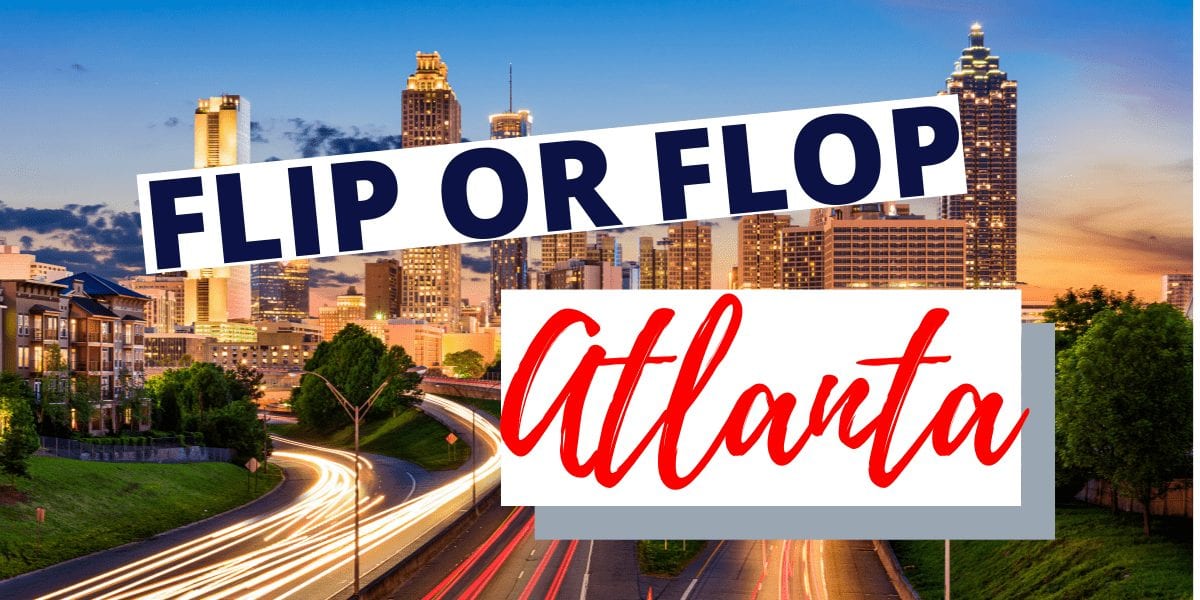 Flip Or Flop Atlanta. Which Are The Hottest Areas

5 Best Areas For Flipping Houses In Atlanta For 2020

The best areas for flipping houses in Atlanta are historic areas, downtown, or have something that makes people want to live there.

These places include Reynoldstown, East Atlanta, Dunwoody, and 2 others.

You’ll want to choose properties in this area based on location, neighborhood, property condition, your budget, and the property After Repair Value To flip of flop Atlanta.

Getting Back In The Flipping Game Freddy “Flip It” Jackson is on the move.

After hitting the Real Estate flipping market jackpot a couple of years ago he decided to take a year off to just enjoy his earnings.

It was fun for a while, but he missed the feel of the deal…

It Was lloking In Different Market for The Best Places To Flip Or Flop Atlanta, One Of The Hottest Markets In The Country!

But now he wants back in, which is why he’s researching the best areas for flipping houses in Atlanta for 2020.

Flip-It Freddy has narrowed it down to 5 places he thinks will have the highest return on investment and be the easiest to handle.

They’re great neighborhoods with plenty of activities to do around them.

He seems them as up-and-coming areas that people will want to move to, which is why he’s making the first move in these places:

Freddy’s keeping an eye on this area because the price point is still affordable for many people in downtown.

The location is also convenient for people who drive to work. It’s close to many office spaces and is cheaper than places like Buckhead, Midtown, and Atlantic Station.

Freddy also sees there are a bunch of renovations happening, showing that the area is developing and modernizing.

This will have a big impact on younger generations as it’ll better reflect their style choices.

Like Reynoldstown, Freddy notices that East Atlanta is close to downtown and has that Historic Atlanta appeal to it.

It’s close to many attractions like the zoo so people will have a hard time being bored. He also sees that houses in this area are selling well already and there isn’t much competition (yet).

That’ll make this area one of the easiest and Best Places To Flip Houses  in Atlanta.

Here’s an example of a recently renovated home in East Lake, Atlanta:

The higher price points have Freddy a little nervous, but not too much. The houses here tend to be in pretty good shape already so fixing them up won’t take as long or be as costly, usually.

Getting permits doesn’t normally take as much time and effort either.

Freddy thinks people are going to want to live here (he would) which is one reason why he wants to invest in a home here.

This is where Flip-It Freddy wants to be when flipping houses in Atlanta. East Cobb is great because:

It’s a beautiful place to live and getting better as time goes on.

Freddy sees the future here and thinks that people will want to be a part of it, much like the next place he’s thinking about flipping houses in.

Dunwoody Without A Doubt Is One Of The The Best Places To Flip This House In Metro Atlanta Area. The last place Freddy is looking at for flipping houses is in Decatur.

He thinks it’s easily one of the most desirable places to live in Atlanta.

There are a lot of public spaces, parks, restaurants, bars, and entertainment in general.

The neighborhood isn’t being overbuilt either so no crowding to worry about.

Overall it seems like a pleasant, up-and-coming place to live.

There is a lot of construction going on, which may not be pleasant at first, but once everything is built it’ll be worth the noise and traffic you had to deal with.

Flip-It Freddy Has A Fantastic Feeling

Freddy has a good feeling about each one of these best areas for flipping houses in Atlanta.

If it goes anything like it did a couple years ago he might go into semi-retirement again.

Now all he has to do is choose which area he wants to try first because He Made His Mind! He Already Found One Of The Best Places To Flip This House in Atlanta.

For The Reasons Explained Before Being One Of The Most Blooming Cities For Real Estate Investors In The Nation!

10 thoughts on “Flip Or Flop Atlanta”